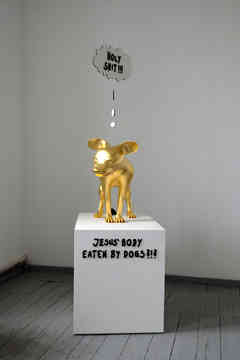 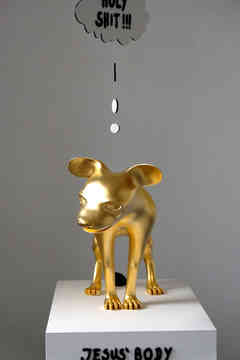 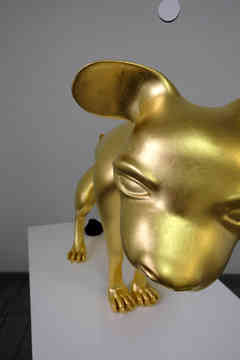 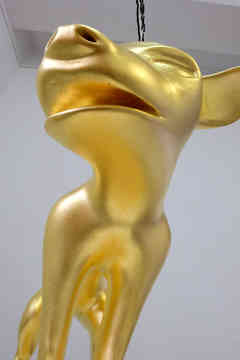 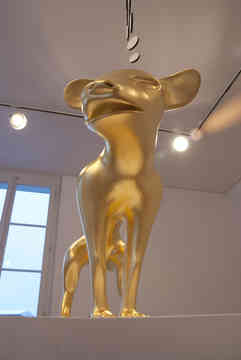 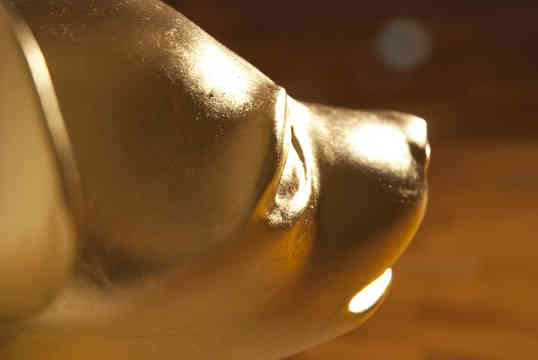 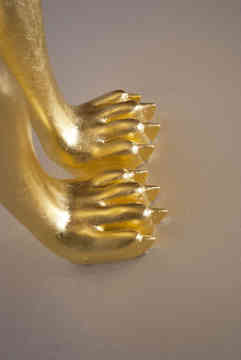 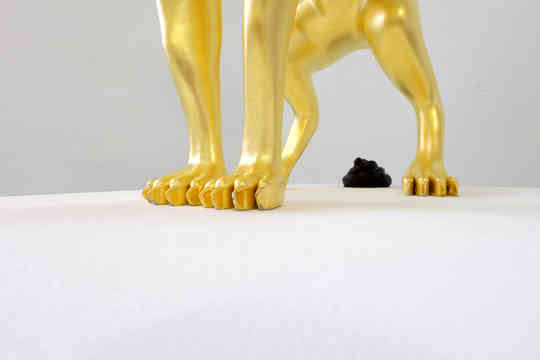 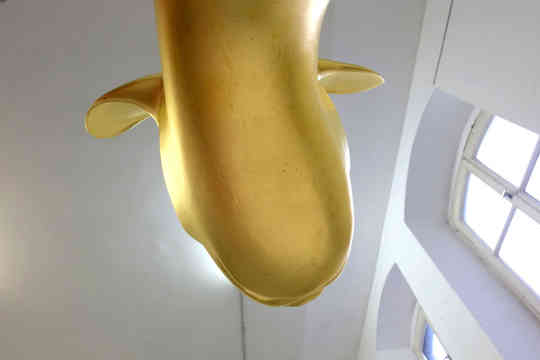 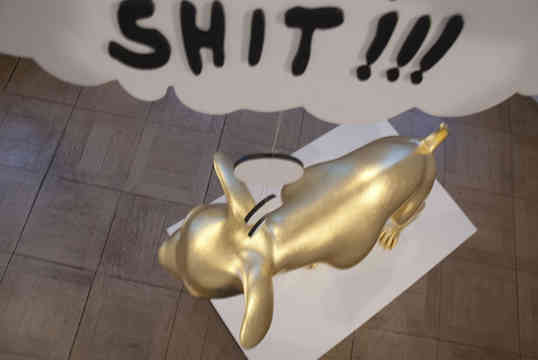 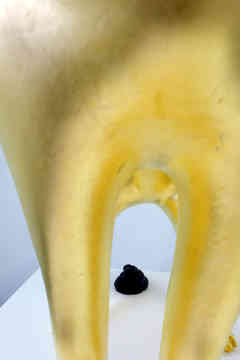 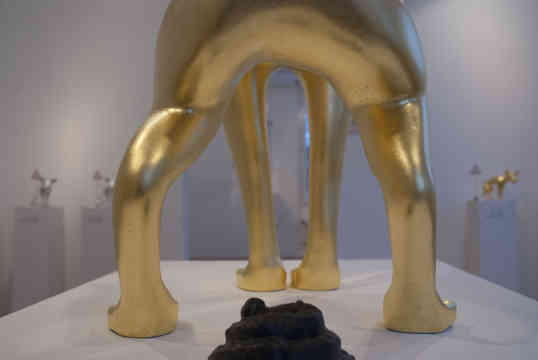 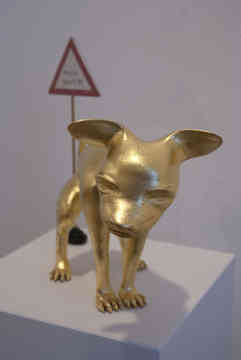 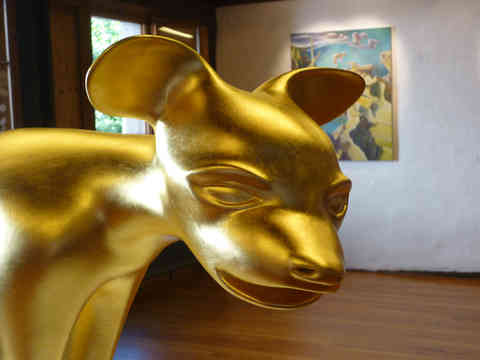 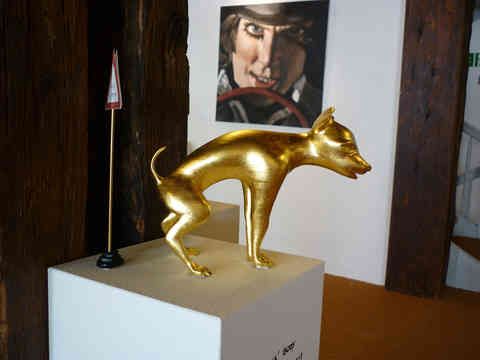 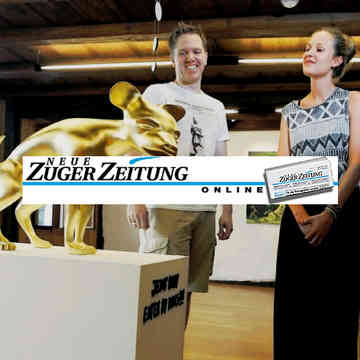 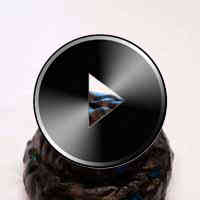 "chi" is a three dimensional work which has been made possible through the award "Kunstschub 2012" of the Atelier Worb. The initial idea for "chi" came from a scientific theory of the Westar institute on the campus of the Willamette university, Oregon (USA). The aim of the Westar institute is, according to its mission statement, a "research and educational institue dedicated to the advancement of religious literacy". One of their most well-known theories says "Jesus' body eaten by dogs", which explain the desappearing of Jesus' body because his tomb was left open and his remains were a feast for wild dogs.

Of course such a provocating theory is not accepted by everybody, even if it is based on seemingly authentic evidence. At this point the work commences and demands from the viewer to find his own opinion concerning the truth or fiction of this theory. The sculpture consists of a pedestal with the inscription "Jesus' body eaten by dogs?!?". On the pedestal stands a bigger than life-size chihuahua. The chihuahua, which is gold plated, has just made a poo. From his head a though bubble rises which says: "HOLY SHIT!!!"

The deliberately provoking sculpture of the sweet Chihuahua, which we know as a small and lovely pet, who has suppossibly eaten the messiah of our Christian world, Jesus, places the viewer automatically in a conflict between faith and resentment. Poussot continues in this work his critical view on the society like in other work such as "APaDKtDa 2.12/2.13", and tries to deliberately fool the viewer, as part of the society, to really believe the theory that the dog has digested the body and has reached this shocking conclusion during defecation. At the same time the golden animal sculpture reminds us of false god sculptures and even Buddha statues from Asian cultures. The usage of gold leaf for refinement of the sculpture emphasises the point that according to the theory the dog has eaten Jesus and seemingly has therefore become holy or something wonderful. The viewer will be deliberately provoked and amused by the shocking elements of the sculpture to underline the contrasts.