The Grass is Always Greener on the Other Side 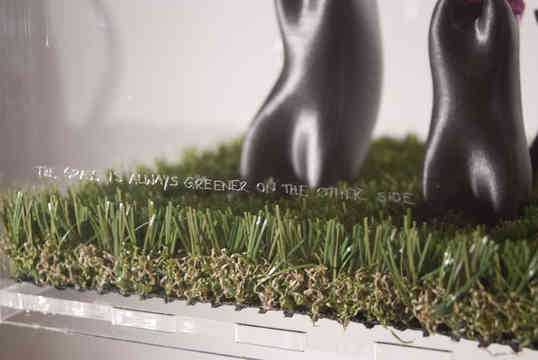 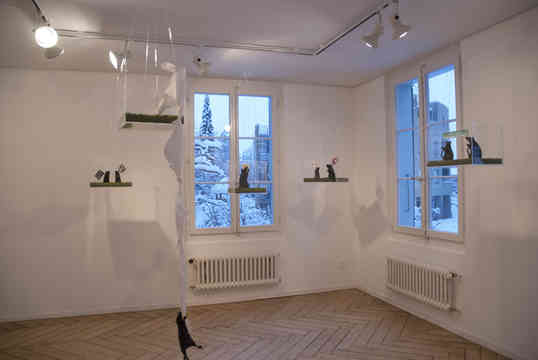 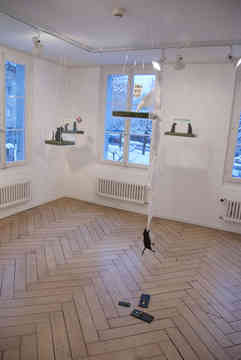 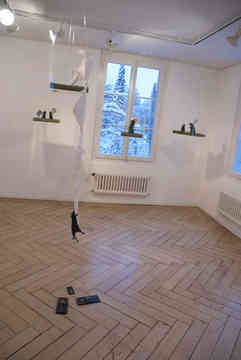 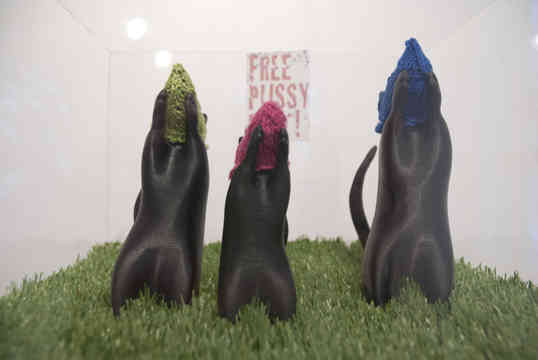 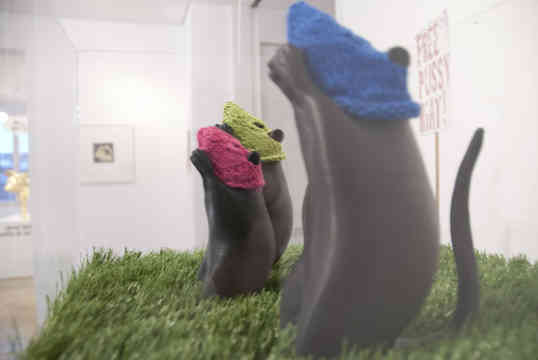 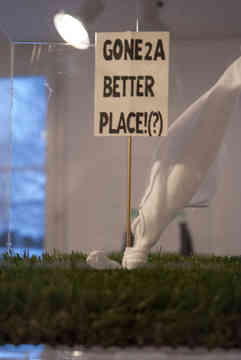 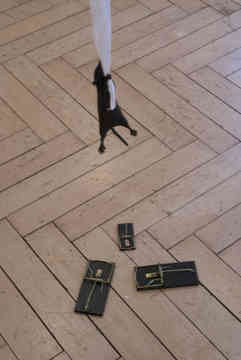 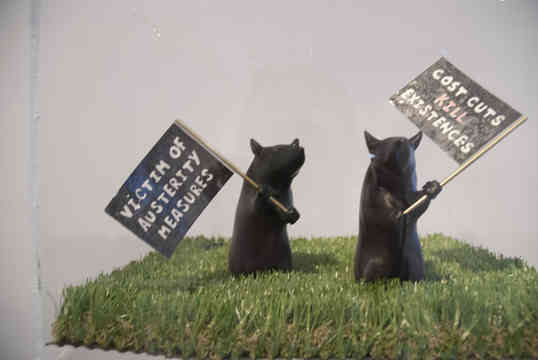 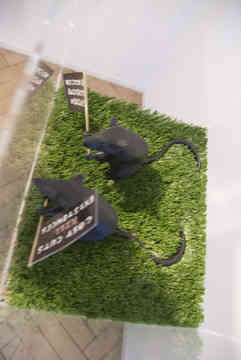 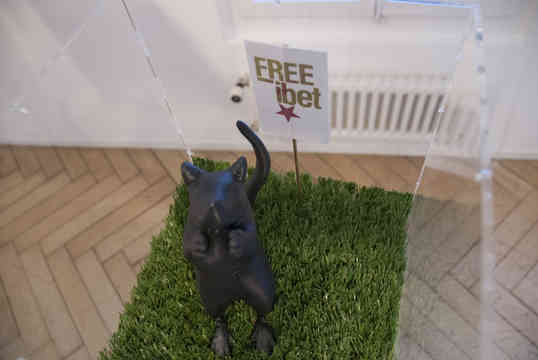 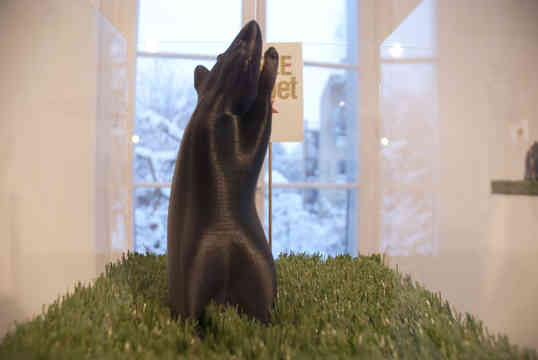 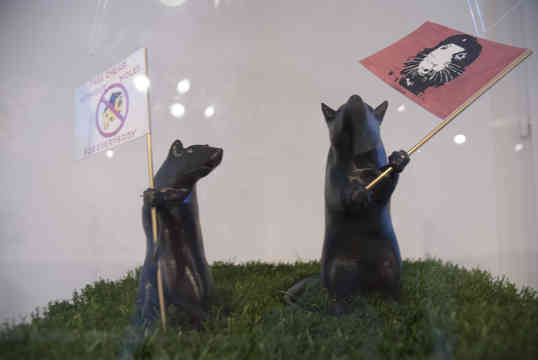 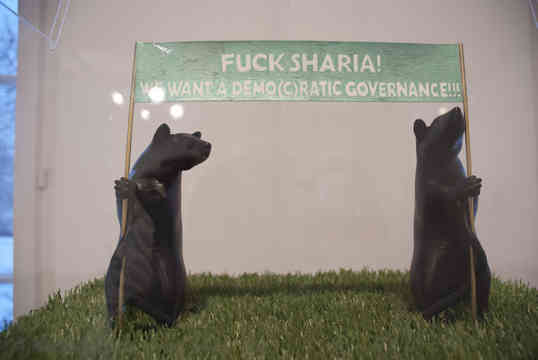 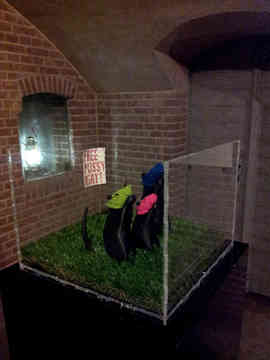 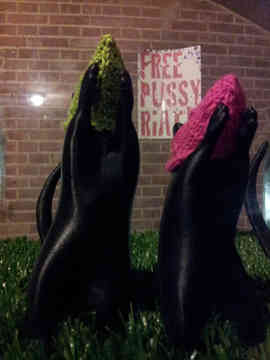 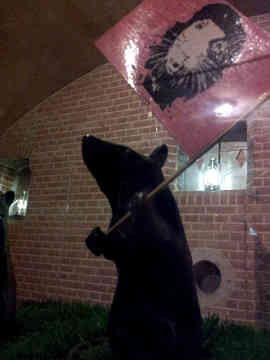 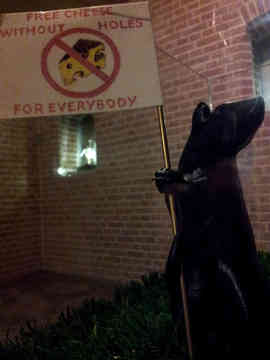 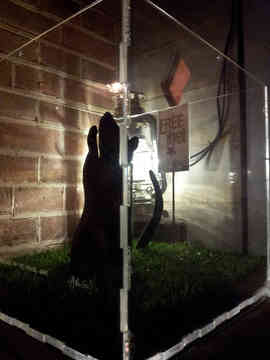 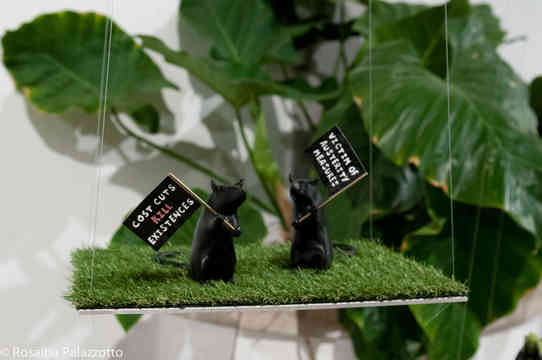 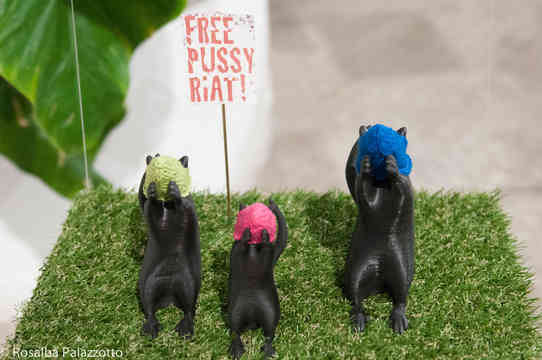 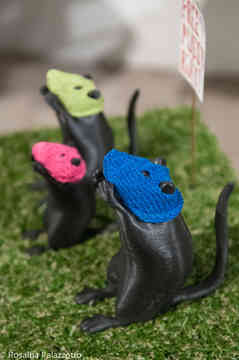 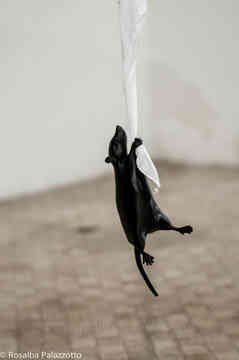 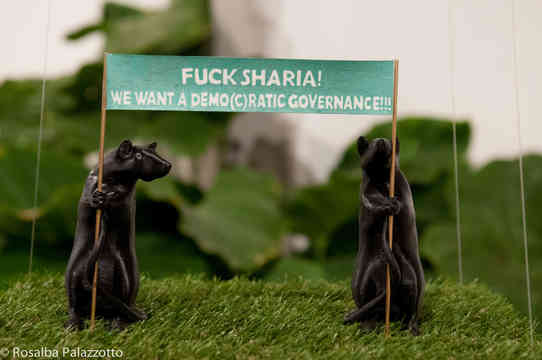 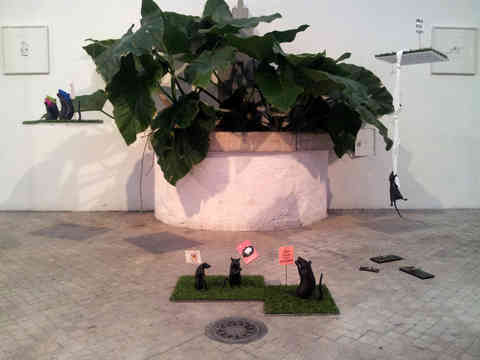 In our western world rats have negative attributes. We know them as pests or deliverer of over 70 transmissible diseases on humans. They live in hidden places –under the earth or in the sewage system– far from our society. They provoke hardly any good feelings in us, instead they cause antipathy and disgust. On the contrary to this, the Indian or Asian culture considers positive attributes for rats. For the Hinduistic goddess, Ganesha, the rat serves as a mount and is a symbol for intelligence. The Chinese astrology begins with the rat (or mouse) and symbolises honesty and creativity.

The work "The Grass is Always Greener on the Other Side", in which the rats are displayed in a humanised manor, absorbs the tension between the society and the individual. seemingly deliberate provocking parallels to actual events describe the negative quality of the profit-orientated society as suppressor and exploiter of the earth and the individuals. The rats are held in cages with grass and are demonstrating for subjects which have been or still are up-to-date and are talked about in the media. For this reason specifically the material acrylic glass was used for the cages. In addition the usage of polymer for the rats reflects on the profit-orientated throwaway society and mass industry. The keeping of the rats in cages points out the seemingly more and more worthening human interaction with other creatures or human beings. Pictures of Chinese factories, which satisfy our materialistic needs, come to mind.

The protestors demand freedom, security, justice, in general a "better world", respectively against suppression, mismanagement and injustice. This brings back to mind subjects which have been exploited in the media. Our privileged situation but also our helplessness to solve conflicts becomes obvious. The hope remains that like in the displayed example "Che Guerata" such conflicts solve themselves, even though only after generations. The freedom of speech as our greatest possesion of our society is emphasised here. The viewer consequently sees concidering the case of the "Pussy R(i)ats" that this is unfortunately not an universal law. The rats seemingly wish to be in another place than their own. One rat is trying to escape using a rope. An unfortunate circumstance is awaiting her as traps are beneath. Associations to an escape out of a country shaked by crisis or suppressing regime are provoked and symbolise the dangerous, as well as sometimes deadly circumstances of an escape into the unknown.