Me and my teddy bear 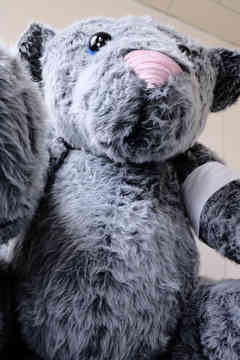 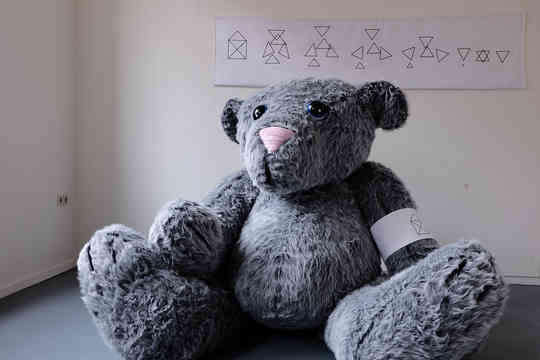 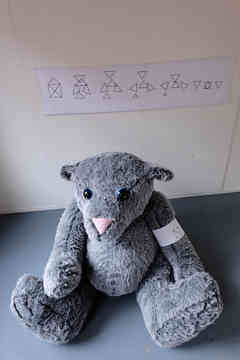 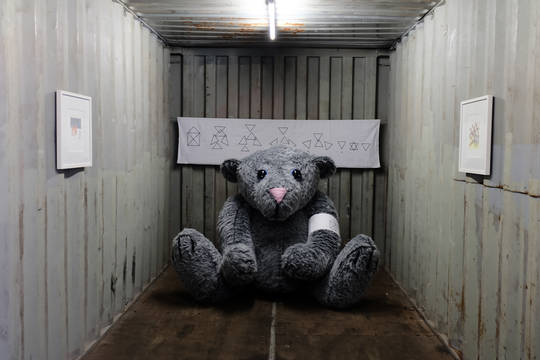 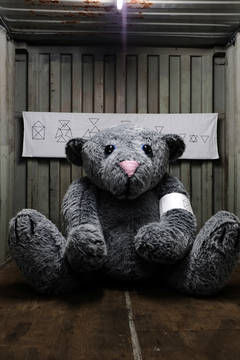 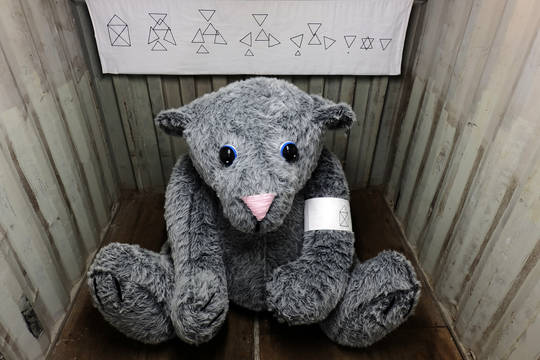 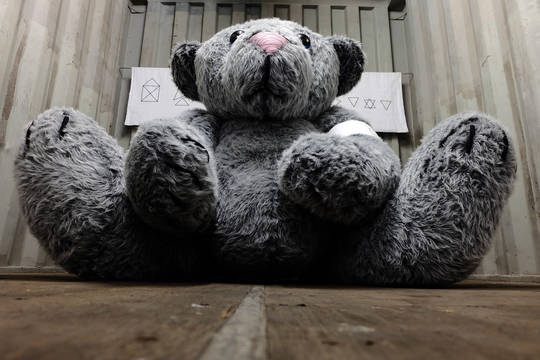 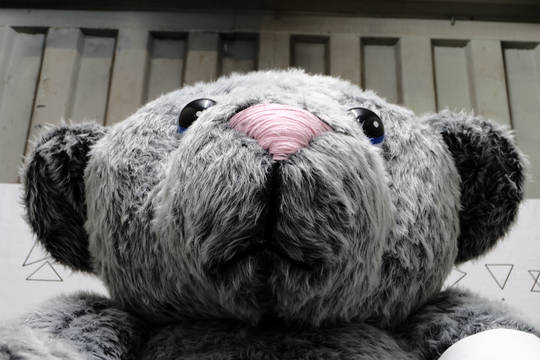 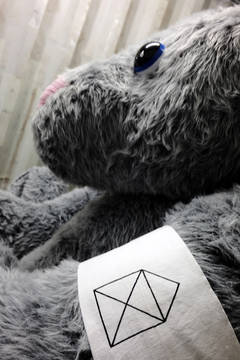 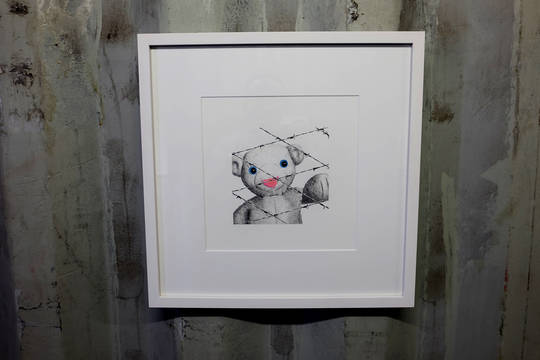 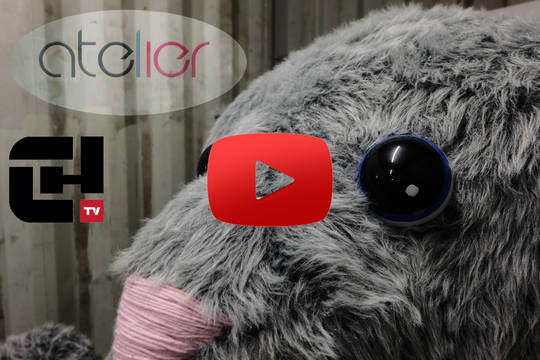 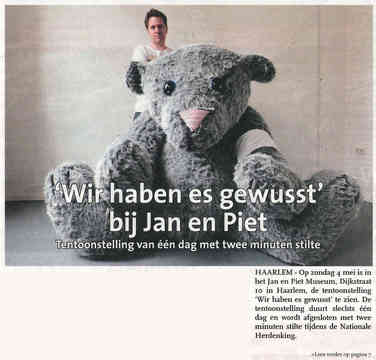 I loved my teddy bear
There are rumours in the air
He lives in scare and fear
Teddy is alone all day.

Hearing all the news nowadays about riots, prosecution of minorities and refugees, you might find yourself thinking about the troublefree old times. Not necessarily the famous "good old times" in general, more the lighthearted times you hopefully had during your childhood. As a child everyone is openminded, nonjudging and tolerant.

When growing up, we adapt to our social environment and arrange ourselves with rules, values and norms. We start categorizing everything in good and evil which helps us to a large extent to get along in our daily life. What if, e.g., we don't see the person as a being anymore, merely as a "category"?

The installation of "me and my teddy bear" consist of a over lifesize teddy bear, sitting on the ground, wearing on one of the arms an armband in the style of a convict related to Jewish, gay and all other identification symbols in WWII without restricting the topic to WWII. The resemblance of our former toy clashes with childhood memories and simultaneously a kind of threat. The arm band is resumed as a banner on the wall in the background and reflects the gradual conversion from a childhood full of tolerance to a ubiquitous intolerance. Here, also the banner ironically recalls the childhood housedrawing game "the house of Nicholas" (in German: Haus vom Nicholaus). Furthermore, drawings of teddy bears take reference to minorities, refugees or other social injustice which reflect on current or past incidences around the world.

The latest vote in Switzerland concerning free movement of workers between EU and Switzerland, is just another example of those racist tendencies which are omnipresent. It is so easy to blame someone else or even a "category" for the own faults. In my opinion it is dangerous to categorise ethnic groups or minorities due to sexual orientation, believe, nationality and others and start discussing about who is worthy or not worth.
How is it possible that hate against someone else can develop in such troublefree times? The teddy bear that is brand marked with an unknown "house of Nicholas" symbol - is he a sweet being or a mere toy?x